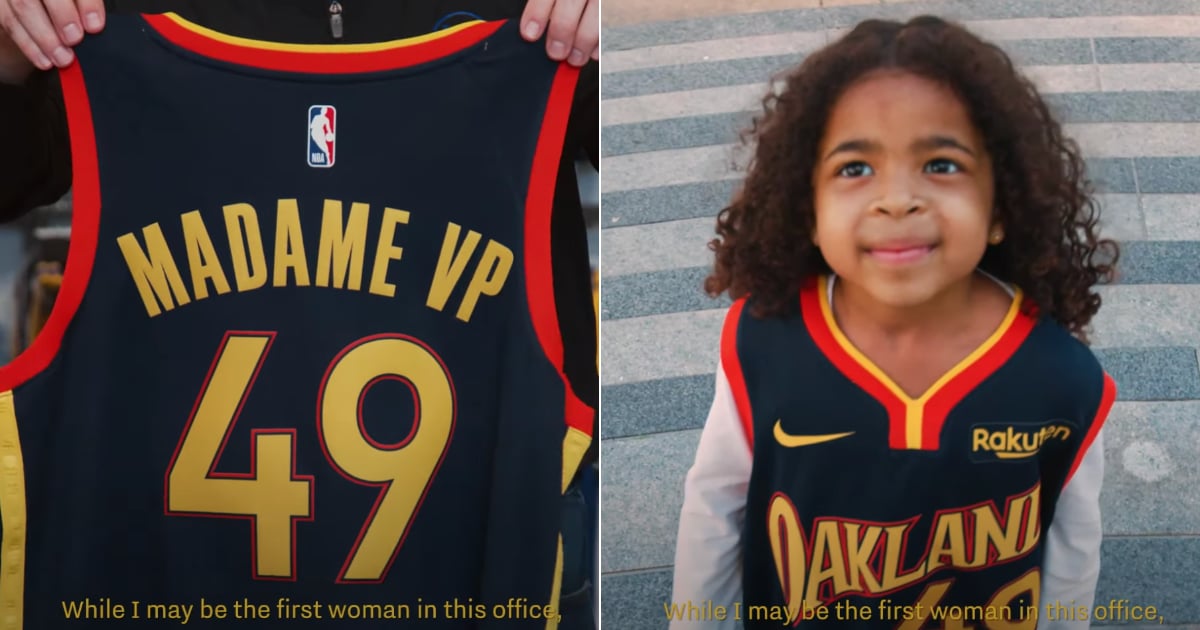 Kamala Harris is officially the first vice president from California since 1961, and her home city is bursting with pride. Harris is a native of Oakland, CA, and in honor of her swearing-in today, the Bay Area-based Golden State Warriors released a sendoff tribute worthy of the nation’s first woman VP.

In the video, a young Oakland resident named Stella talks about how she’s been inspired by Harris, the first VP who is Black and of South Asian descent: “I love that Kamala looks like me and I can do anything.” It goes into a highlight reel of Harris’s childhood and career set against clips of the powerful acceptance speech she gave after winning the 2020 election with Joe Biden. Along the way, we see the creation of Harris’s customized Warriors jersey, with “Madame Vice President” across the back — MVP. “I’m not saying you gotta put this up in your office at the White House, but it’d probably be a good idea,” said Warriors star Steph Curry as he virtually presented her with the signed jersey.

If you put away your tissue box after the inauguration (and Amanda Gorman‘s stunning poem), go ahead and grab it again before you watch the touching video above.