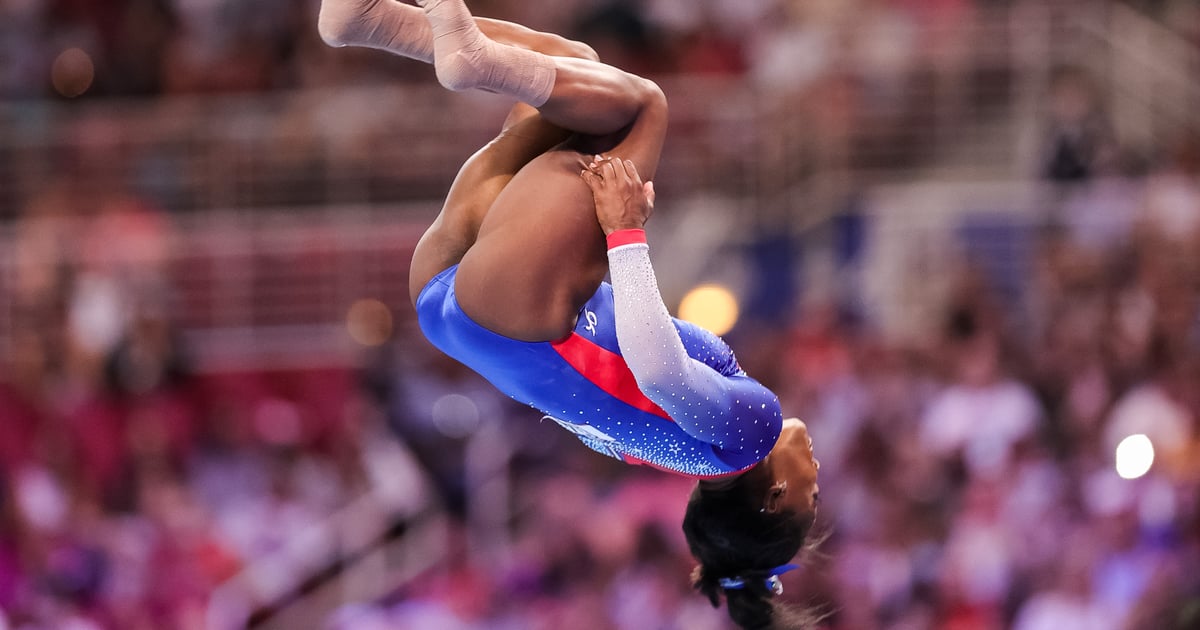 Simone Biles could post a video of herself opening the mail, and I would be captivated. This legendary gymnast has seven national championships, five Olympic medals, and several signature moves that bear her name — and she’s poised to make history yet again at the Tokyo Olympics. But if at times you find Biles’s power and speed to be a bit dizzying, you’ll want to feast your eyes on this slow-motion video from NBC Olympics (and then promptly pick your jaw up off the floor).

The video shows Biles performing her triple-double on floor at the US Olympic Trials. A triple-double is when a gymnast completes two backflips — in this case, in a tucked position — while twisting three times in the air. It sounds simple enough in theory, but it’s extremely difficult to do. Biles is the first and only woman gymnast so far to land a triple-double on floor.

It’s cool seeing Biles perform this skill on TV, but because she’s only in the air for about 1.18 seconds, it can be hard for your eyes to keep up. She just looks like a wonderful blur before she sticks the landing. That’s why this video is so mesmerizing — you can see every tuck, flip, and twist, and for just a moment, it feels a bit like she’s suspended in midair.

We already know Biles is the GOAT, and this fantastic slow-motion video just reinforces that. I’ll be watching it on repeat until I can see Biles compete in the Olympic Games this month.