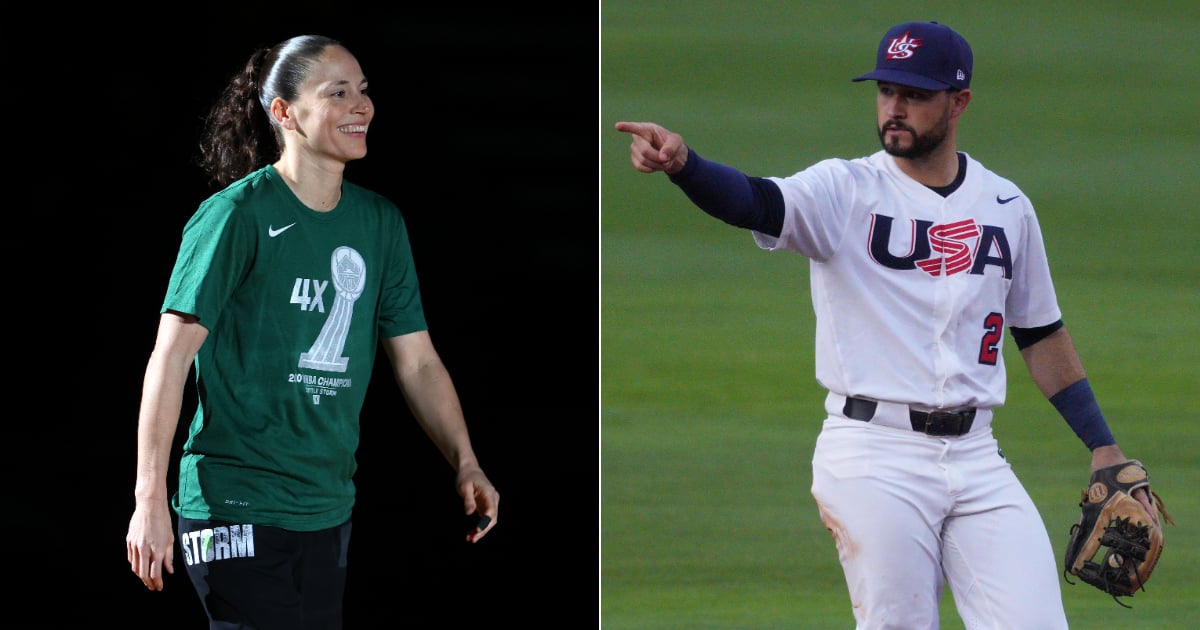 The United States has chosen two stars as the country’s flag bearers for the Tokyo Olympics Opening Ceremony: now-five-time Olympian and four-time WNBA champion Sue Bird and Miami Marlins organization infielder Eddy Alvarez, who also won a silver medal in the 2014 Sochi Winter Games speedskating 5000m relay. This is the first time in Olympic history that countries will include both a woman and man flag bearer in the Opening Ceremony.

“Being a first-generation Cuban-American, my story represents the American Dream,” Alvarez, 31, said in a statement to teamusa.org. “My family has sacrificed so much for me to have the opportunity to wave this flag proudly. I am grateful for my time with US Speedskating and USA Baseball, as well as for all of my teammates, and I am humbled to lead Team USA into the Tokyo Olympic Games.”

Bird, 40, stated, “It’s an honor that is bigger than the moment in that you’ve been selected by your fellow Team USA athletes to represent the entire delegation, and it will last forever.” She added: “Also, I know this isn’t about me. This is about all the players who either came before me and set the tone for what the USA Basketball women’s program is now, and also the players that I’ve been fortunate enough to play with.”

According to Team USA, 230-plus athletes out of the 613 named to represent the US at the Tokyo Olympics will walk in the kickoff festivities. Ahead, check out the sweet videos where Bird and Alvarez’s teams find out the news. And, watch the Opening Ceremony at 7 am ET/4 am PT Friday, July 23, on NBC.