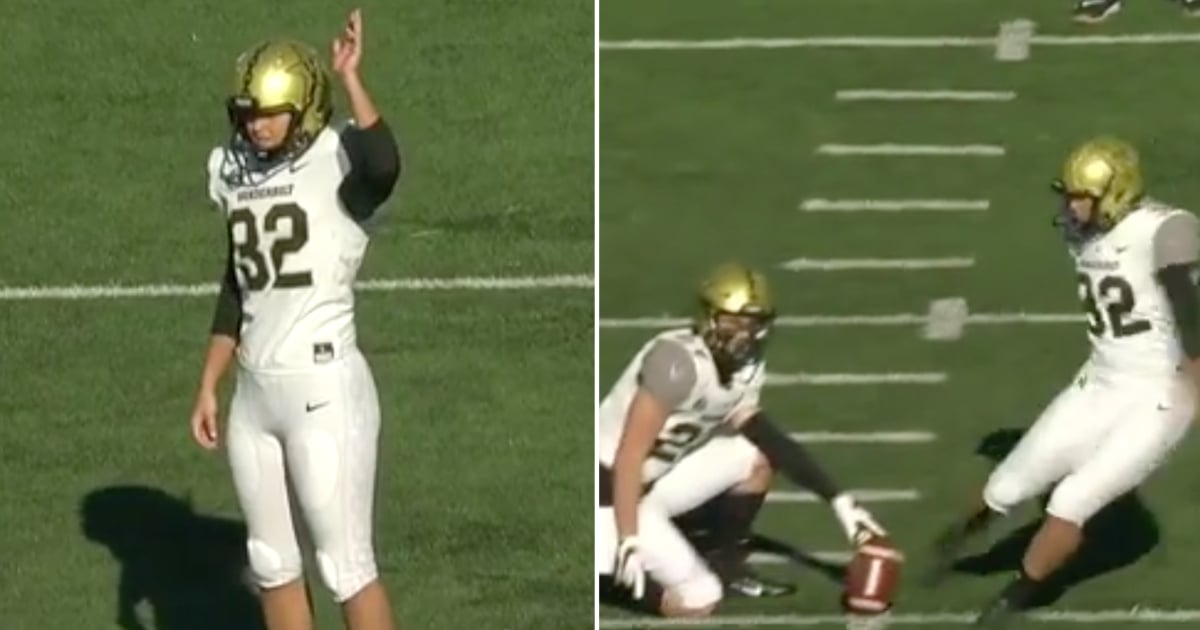 College football history has been made! On Nov. 28, Vanderbilt University senior Sarah Fuller became the first woman to play in a Power Five game as the Commodores took on the University of Missouri in Columbia, MO. Fuller’s barrier-breaking moment came at the beginning of the second half when she took the field as a placekicker to start the play. Vanderbilt posted a video of the historic feat on Instagram, writing, “Sarah Fuller kicks off for Vanderbilt Making history.”

Earlier in the week, the 21-year-old athlete was tapped to suit up after other Vanderbilt team members were benched due to possible exposure to COVID-19. Ahead of the big game, she shared her excitement on Instagram, posting a picture of her football helmet with the saying “Play Like a Girl” printed on the back. The slogan refers to the nonprofit of the same name that inspires girls to partake in sports and STEM programs. “Let’s make history. #playlikeagirl #anchordown,” Fuller captioned her post. The Texas native also plays for the university’s soccer team, which won the SEC Tournament championship on Nov. 22. Watch her momentous kick above!